Twelve to fifteen inches of snow was predicted to hit our town on Monday, December 28th.  The snow fall was heavy and the winds were blowing.   We filled the mudroom with firewood, ate dinner and settled by the cozy fire for the evening. 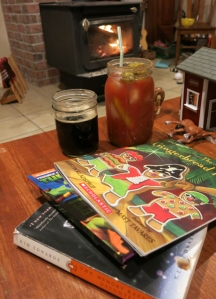 In the morning the local news station said that we got 9 inches of snow, it didn’t seem like that much.   The wind made a few big drifts in our yard and left some bare spots too.  I am thankful for what we have!

I plowed the driveway, loaded more firewood into the skid steer, sent Henry out to ski around the yard.   Nola Mae was feeling sick and napped most of the morning.  In between her cat naps she told me she was going skiing after lunch!

It didn’t take much convincing her to ride in the sled.  I snowshoed, pulled her in the sled and Henry skied behind us, until he ran into the sled a few times. 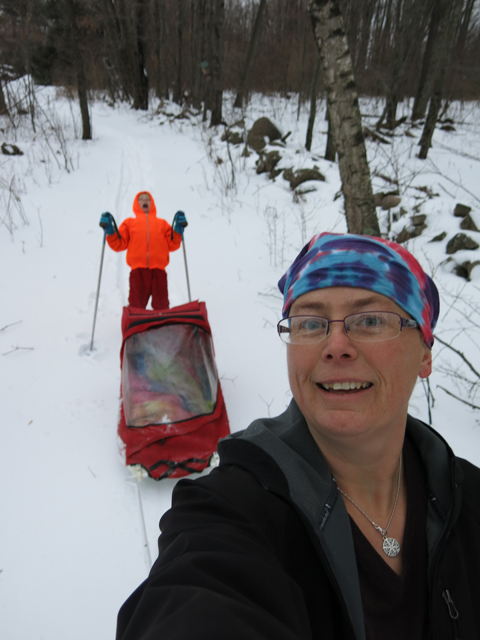 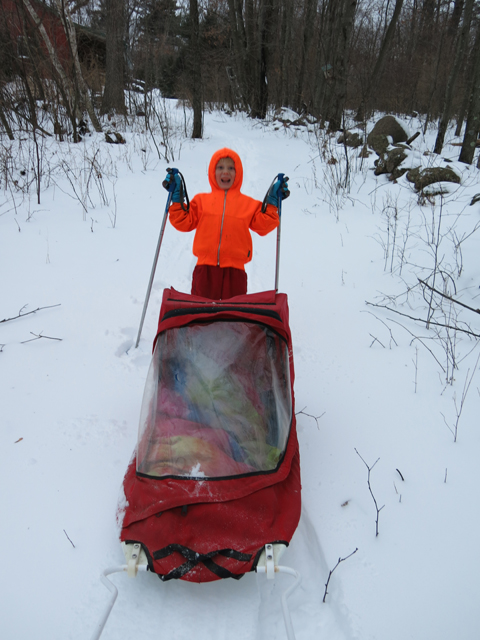 I asked Henry to ski ahead of me. 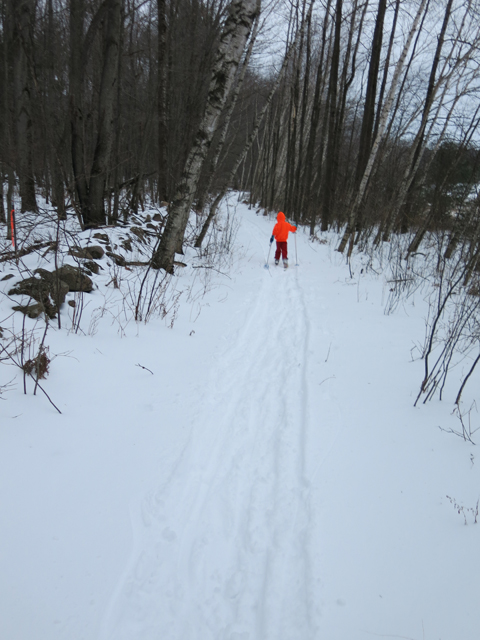 When you are skiing so fast and you drop your pole you have to keep going! 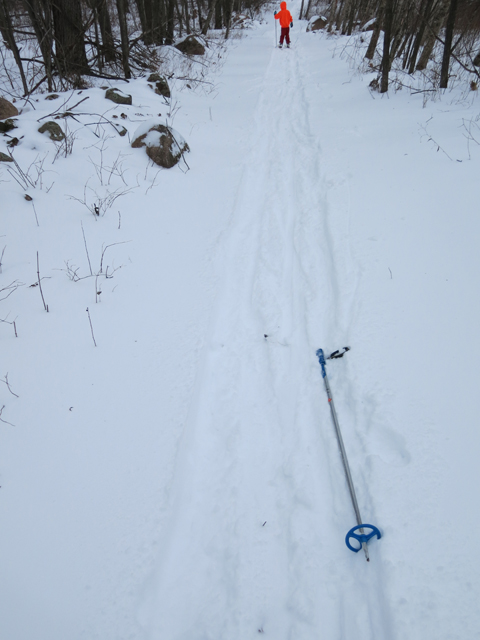 When we came out into our field Henry noticed the nicely groomed trail.  He asked, “Who did this for us?”  I wish it was for us and we had our own groomer! 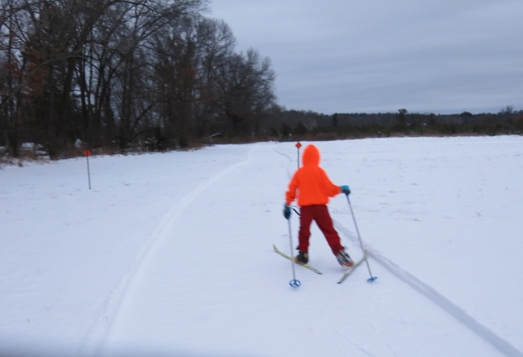 Finally, the snow has arrived!