I dislike snowball fights for many reasons…

Today the snowballs  were soft.  I didn’t stop the snowball fight and everyone involved had a blast. 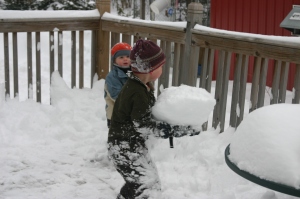 Two little boys against one big boy seemed almost even to me.

Robbie would fall down with every throw of Henry’s and

Henry would laugh so hard I thought he would fall over. 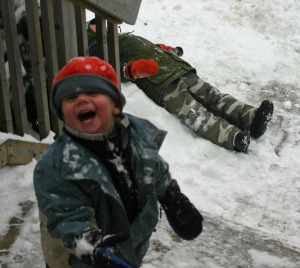 There was so much giggling how could I put a stop to that?